Magrail technology is a real opportunity to transform railways

The end of the pandemic in Europe will mean the beginning of huge investments at the government level. Some of them must be allocated to the transformation resulting from the objectives of the European Green Deal. The changes will certainly affect the area of ​​infrastructure, including railways. According to the latest report entitled "Preliminary study of Magrail Implementation", prepared by IDOM and Nevomo, innovative magrail technology may play an important role in railway investment programs.

Poland is dynamically developing and modernizing its transport infrastructure in all forms: road, rail, air and sea. Thanks to its strategic location at the intersection of the main European transport corridors in the North-South and East-West directions, as well as the improving transport infrastructure, Poland holds its strong position on the logistics map of Europe. The implementation of state-of-the-art technologies, such as magrail, will not only benefit the economy but will also strengthen the impact on environmental protection, in line with the objectives of the EU Green Deal. According to the latest IDOM and Nevomo report, the innovative magrail technology may be a key element in the transformation of Polish railways.

Return on investment in 30 years

IDOM and Nevomo carried out analysis on how magrail technology would perform on the first Polish High-Speed Rail line between Warsaw, Lodz Poznan, and Wroclaw (so-called Y Line). To do so, companies compared two variants: a basic scenario which assumes construction of a new HSR line for conventional trains only (allowing the speed of up to 300-350 kph), and an investment (magrail) scenario, which on the top of basic scenario contains additional magrail layer (what allows reaching the speed of up to 550 kph).

According to the report, the economic benefits of implementing the magrail technology in the main rail corridor in Poland would be significant. The total investment of EUR 12.6 bln (PLN 57.1 bln) would comprise EUR 7.5 bln (PLN 33.8 bln) for basic underlying HSR infrastructure and of additional EUR 5.1 bln (PLN 23.3 bln) on magrail components (infrastructure and vehicles), and it would bring a positive economic return within 30 years. Based on the analysis, the total economic benefits for the society would amount to EUR 4.3 bln (PLN 19.6 bln), and Benefit/Cost Ratio for this investment would reach 1.42. Economic Net Present Value (ENPV) of the project would reach EUR 1.3 bln (PLN 5.8 bln), which gives an Economic Rate of Return (ERR) of 4.01%.

According to IDOM and Nevomo, saving time on travel is one of the most important benefits of investing in magrail technology. This applies to both business and private trips. The investment would also lead to significant gains in social and environmental areas. Ultra-high speeds would attract passenger flows from the road and short-haul air transport, which will lead to the reduction of costs of accidents, air pollution, CO2 emissions, and noise. Overall economic effect in this regard will reach as much as EUR 0.6 bln (PLN 2.5 bln), while amounts of saved CO2 emissions would reach at least 2.1 mln tonnes when compared to HSR.

"It is vital to put this study and the magrail technology within a broader context. The results of the analysis and the created assumptions can be extended to the whole country and even broader, to the substantial part of Europe. For example, a further extension of the “Y Line” from Poznan to Berlin, new lines to new international airport Solidarity Transport Hub as well as new HSR projects in Europe like Berlin – Prague – Vienna line could also potentially be a good fit for magrail technology” - comments Michał Litwin, Strategy Director at Nevomo. “Given growing social and political pressure on short-haul flights, there`s an obvious market niche for means of transport allowing speeds within the range of 500-600 kph. The competition in this regard has already started, and it is extremely important to assure that Europe has its own relevant technology. From this standpoint, magrail can be also considered as a European answer for Chinese ultra-high-speed maglevs.”

“Another important point to consider is the impact of the magrail solution is the flexibility in the transport supply adjustment. As is clear from the study, the solution has the potential to change the sector and has many undeniable advantages, such as increased speed, reduced emissions from the transport sector (namely from air and road transport), low costs, and availability. The benefit of magrail that is not raised in the discussions is much more frequent operations for passengers or increased operational capacity for rail operators. The accelerations and decelerations and tailor-made signalling system should allow running the pods with high frequencies” - adds Wojciech Gaweda, Director of Transport Analysis Department at IDOM.

Magrail wins the trust of investors

Nevomo is currently in the middle of the third round of their equity crowdfunding campaign on one of the leading European equity investment platforms, Seedrs. Already in the first 5 days of the campaign, the company has achieved its investment target. So far EUR 1,1 mln over 750 investors is secured. Funds will mainly serve to conduct full-scale tests of key magrail components and to prepare for pilot implementation, as well as for new R&D and to continue IP protection.

The "Preliminary study of Magrail Implementation" report was prepared based on IDOM's knowledge of the Polish High-Speed ​​Railway Y project. This allowed the authors to create a model based on real data, as opposed to rough estimates. The study based on which the material was developed is in line with the Guidelines for the cost-benefit analysis of investment projects published by the European Commission in 2015.

The full report is available for download at the link below: idom.nevomo.tech 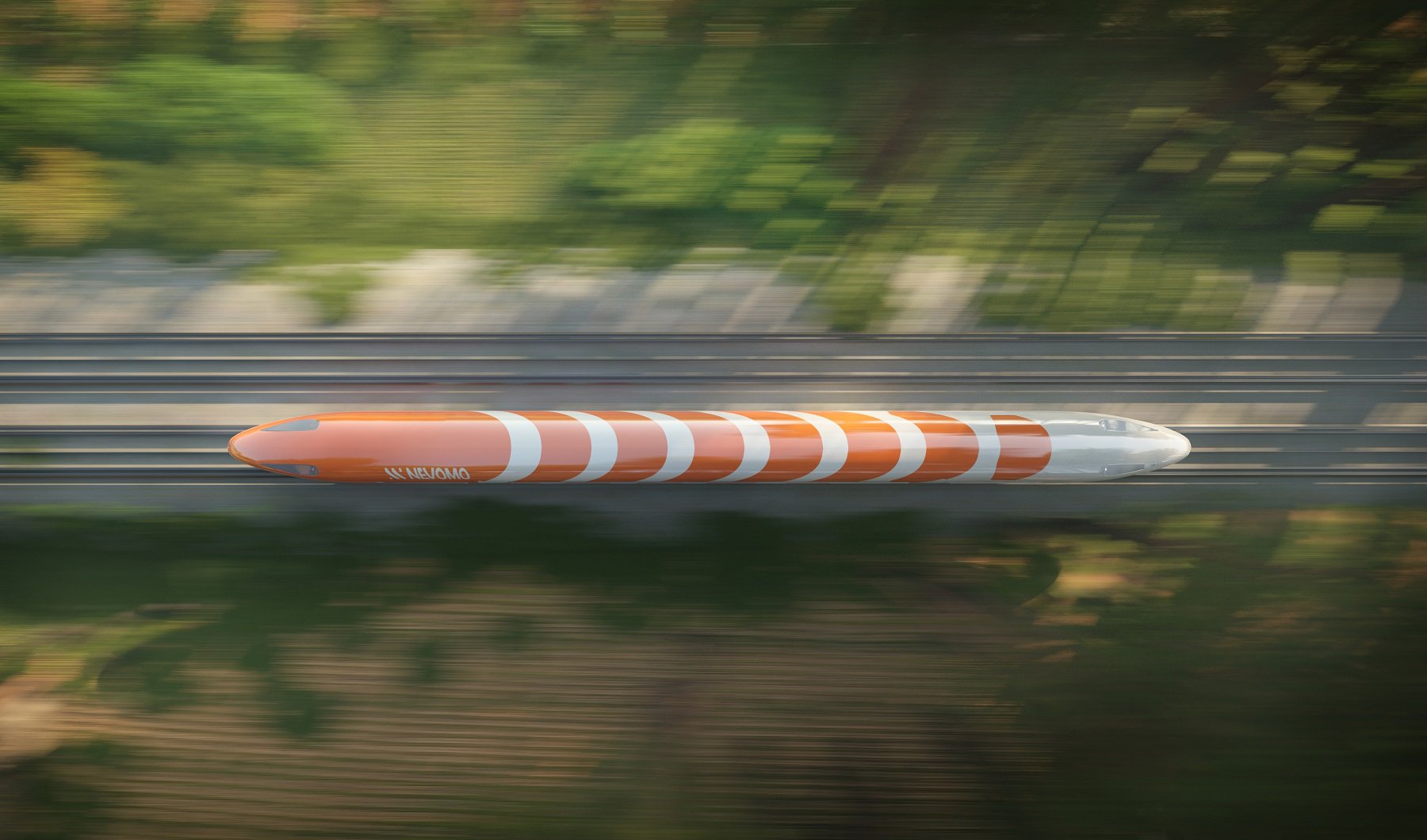