Nevomo and T-Systems, the Deutsche Telekom subsidiary to test the IoT-Sensoring Services for MagRail and existing railways, allowing to measure the track conditions and detect track surface defects at high operational speeds.

Berlin, 22nd September 2022 – Nevomo, a European deep-tech company and the developer of innovative MagRail technology for the next generation of high-speed rail, and T-Systems, an internationally operating service provider for information technologies and digital transformation owned by Deutsche Telekom AG, during the InnoTrans 2022 International Railway Fair have agreed to jointly evaluate the direction of development of IoT services for the rail industry.

MagRail technology was developed to easily, quickly, and cost-effectively expand the capacity and increase the capability of existing rail lines, as well as improve the efficiency of the rail transportation system. As an automated, high-speed and highly accurate system, MagRail requires an infrastructure of impeccable quality, so a reliable assessment of it preceded by in-depth monitoring is an essential step before starting the process of upgrading rail infrastructure.

“As T-Systems, we are already living the best-of-both-worlds: Corporate Delivery Power, with Start-up Innovation attitude. Joining forces with such an innovative rail deep tech company as Nevomo is the next step for T-Systems to become an innovation leader for public transport services”, says Wolfgang Ader, Senior Vice President for Public Transport at T-Systems.

The cooperation between Nevomo and T-Systems consists of Proof of Concepts in six technical areas: Connectivity & Network, IT Security, Sensors, Data Lake, API, and IoT Hub and is based on Nevomo’s current technology development activities for the IoT project which is being implemented on the railway infrastructure in Warsaw, Poland. T-Systems will support the ongoing tests with know-how, further equipment (sensors and network equipment), connectivity, security, and cloud services.

“We are extremely pleased that a company with such an impeccable reputation, trusted by customers and partners around the world as T-Systems is becoming our strategic technology partner. For us and the credibility of our technology, this is one of the best confirmations we can get from the market”, underlines Stefan Kirch, Chief Business Development Officer at Nevomo.

Nevomo is a European deep-tech company, the developer of the next generation of high-speed rails. As a leading player in the area of innovation in the sustainable and intelligent mobility industry, the company has developed the globally unique MagRail technology, allowing significant improvements in the efficiency of existing rail transportation systems. Nevomo proposes a phased implementation of transportation systems, inspired by the hyperloop concept, by upgrading railway lines. By equipping existing infrastructure with magnetic levitation and linear motor, the company intends to take railway transport to a whole new dimension of travel with speeds of up to 550 kph.

T-Systems is a leading European IT service provider for digitization with industry expertise. We stand for reliability, security and sovereignty of digital business models through end-to-end IT services. The Deutsche Telekom subsidiary is headquartered in Germany and has a presence in Europe as well as in selected core markets and strategic production locations. T-Systems can provide a global production and supply chain to companies operating worldwide. With locations in more than 20 countries and around 28,000 employees, as well as annual revenues of EUR 4 billion, T-Systems is one of the world's leading service providers for information technology and digitization solutions. T-Systems is also an innovative digital service provider with first-class, customer-focused products for transport operators. With in-depth industry knowledge and expertise in digitization, we develop and implement solutions that enable efficient, intermodal and secure use of existing infrastructures. 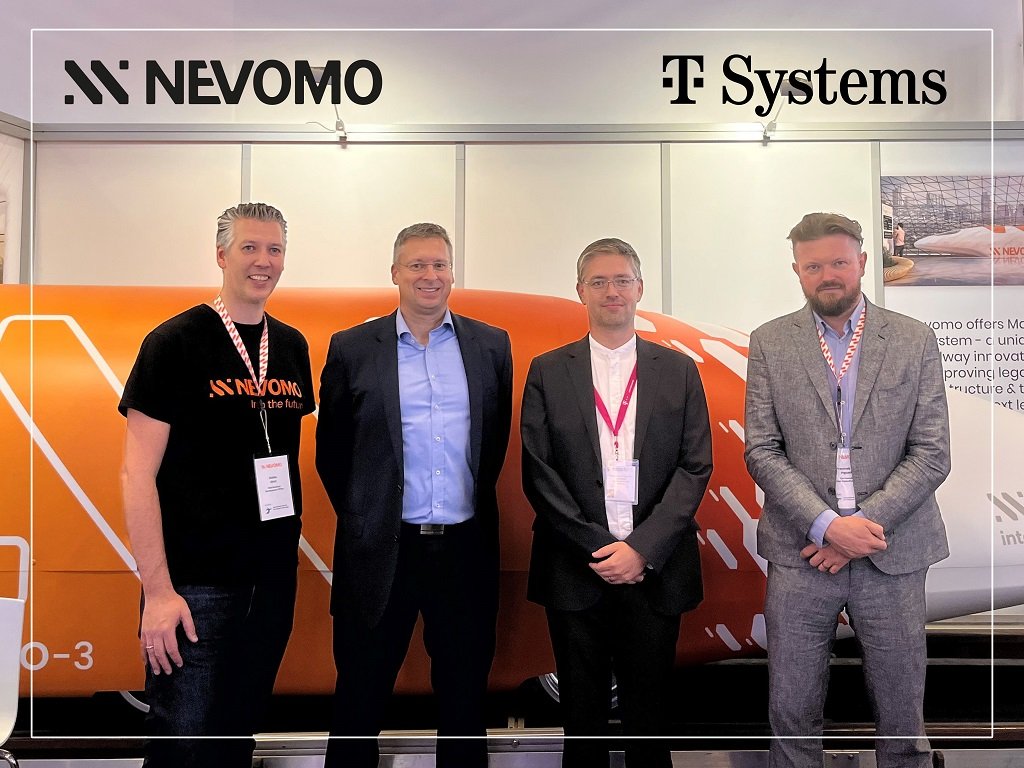