Duisburg, 5th May, 2022 – Nevomo, the developer of an innovative, hyperloop-inspired MagRail technology, and duisport, the owner and operator of the port of Duisburg, during the Innovation Day in Duisburg have signed a Memorandum of Understanding (MoU) to explore the possibility of expanding duisport's capacity with MagRail within the port's existing infrastructure.

“Nevomo’s MagRail technology is a perfect fit to achieve our strategic goals and maximize efficiency at duisport. Increasing the capacity and flexibility of the existing network by maintaining full interoperability with existing operations is crucial to our business. We are excited to start our cooperation with such an innovative company as Nevomo”, says Alexander Garbar, Head of Corporate Development and Strategy at duisport.

MagRail is designed to easily, quickly and cost-effectively extend the capacity and enhance the capability of existing railway lines, as well as improve the efficiency of the rail transportation system. Linear motor, one of the core subsystems, gives better performance on existing infrastructure without having to carry out lengthy and costly line upgrades. Furthermore, MagRail allows railway vehicles to run powered by electricity on currently non-electrified areas, like terminals and harbors.

“We are very proud to have been chosen as a partner by duisport. This is undoubtedly the best confirmation of the credibility of our technology we can get from the market and a confirmation of the huge need for this type of a mobility solution. We are very committed to supporting duisport’s goals by implementing MagRail technology within the existing rail infrastructure to benefit the daily operations of the port”, underlines Stefan Kirch, Chief Business Development Officer at Nevomo.

Nevomo's MagRail technology has already been highly appreciated by major players in the European railway industry, which has been confirmed by several agreements signed, including the Italian infrastructure manager – RFI.

MagRail was developed by Nevomo to significantly increase the efficiency of existing rail infrastructure. This globally unique solution makes it possible for both magnetic vehicles and conventional trains to operate on the same lines without making any changes to the existing rolling stock. MagRail allows fully automated driving, increased frequency, catenary-free and human error-free operation, with timetables adapted to changing transport needs. With various unique features, MagRail is a sustainable alternative to conventional freight transport: trucks, planes and ships. As a result, MagRail technology significantly increases the capacity of railway lines and reduces construction, maintenance and operational costs.

Nevomo presented the first 1:5 demo version of its magnetic rail technology called MagRail in 2019 followed by successful mid-size tests in December 2020. Preparations for the first 1:1 scale tests on a track in Nowa Sarzyna, Poland began in summer 2021. At the beginning of 2022, Nevomo completed works on the railway infrastructure and began installing MagRail system components on this longest full-scale test track for passive magnetic levitation in Europe.

More than a port Duisburger Hafen AG owns and manages the Port of Duisburg, the world’s largest inland port. For this port and logistics location, the duisport Group offers full-service packages in the area of infra- and suprastructure, including relocation management. In addition, the subsidiaries also provide logistics services, such as the development and optimization of transport and logistics chains, rail freight services, building management, contract and packing logistics. 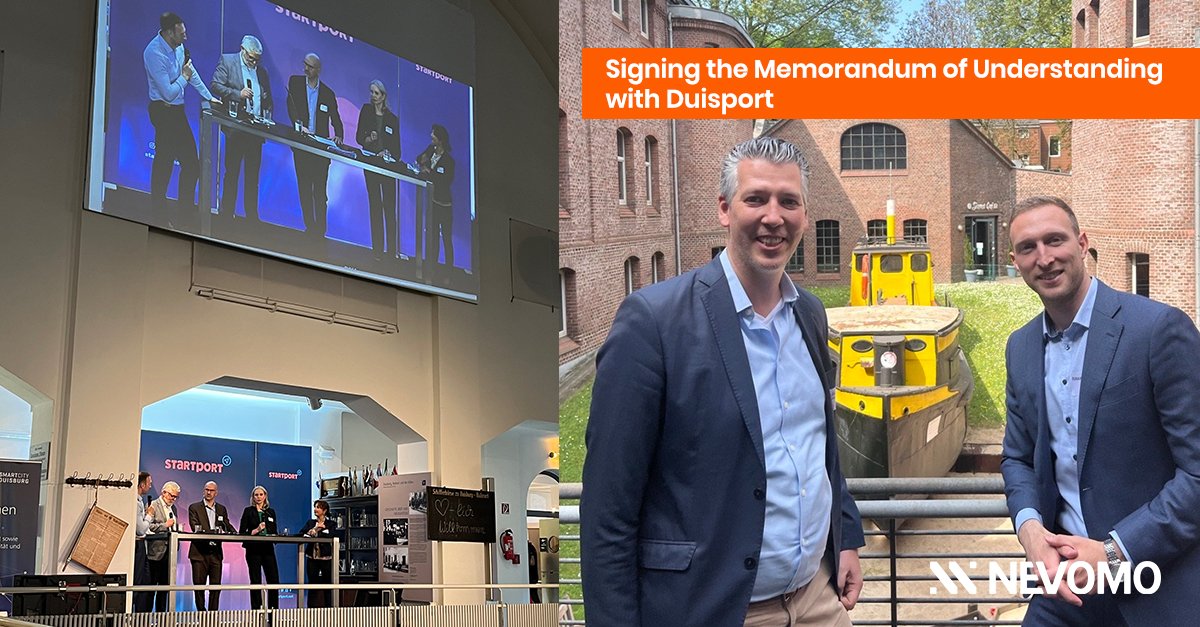