Hyper Poland is one of the 50 best startups in Europe!

A Polish company working on the development of a magnetic railway project inspired by Hyperloop technology has been recognized as one of the best startups in the mobility sector in Europe. As part of the European Startup Prize for Mobility initiative, 565 companies from all over Europe were evaluated this year. Hyper Poland is the only company from Poland that got to the final.

European Startup Prize for Mobility is an annual plebiscite, during which the best-promising business projects in the mobility sector are identified. The initiators of the award are Via ID, a French startup accelerator, the Boston Consulting Group, a world-known consultancy company and Karima Delli, the chairwoman of the European Parliament's Committee on Transport and Tourism (TRAN). The partner of the initiative is the European Commission.

- We have proof that we are going the right way. We are pleased by the recognition of a jury composed of representatives of the mobility sector and experienced investors, the more that in this field we compete with companies from Western Europe, where there are much more developed, institutional forms of support for innovative projects - comments Przemysław Pączek, CEO of Hyper Poland.

Hyper Poland is a young Polish company founded by engineers associated with the Warsaw University of Technology. In the years 2016-2017, the Hyper Poland team was awarded several times in competitions for hyperloop vehicles organized in Los Angeles and Dubai. For two years, the company has been developing its own technology project inspired by hyperloop. The Poles propose the implementation of the new technology in three stages: first, they want to introduce a magnetic railway for commercial use that will be able to move at speeds of 300 km/h on already existing railway lines thanks to tracks' modifications designed by Hyper Poland. 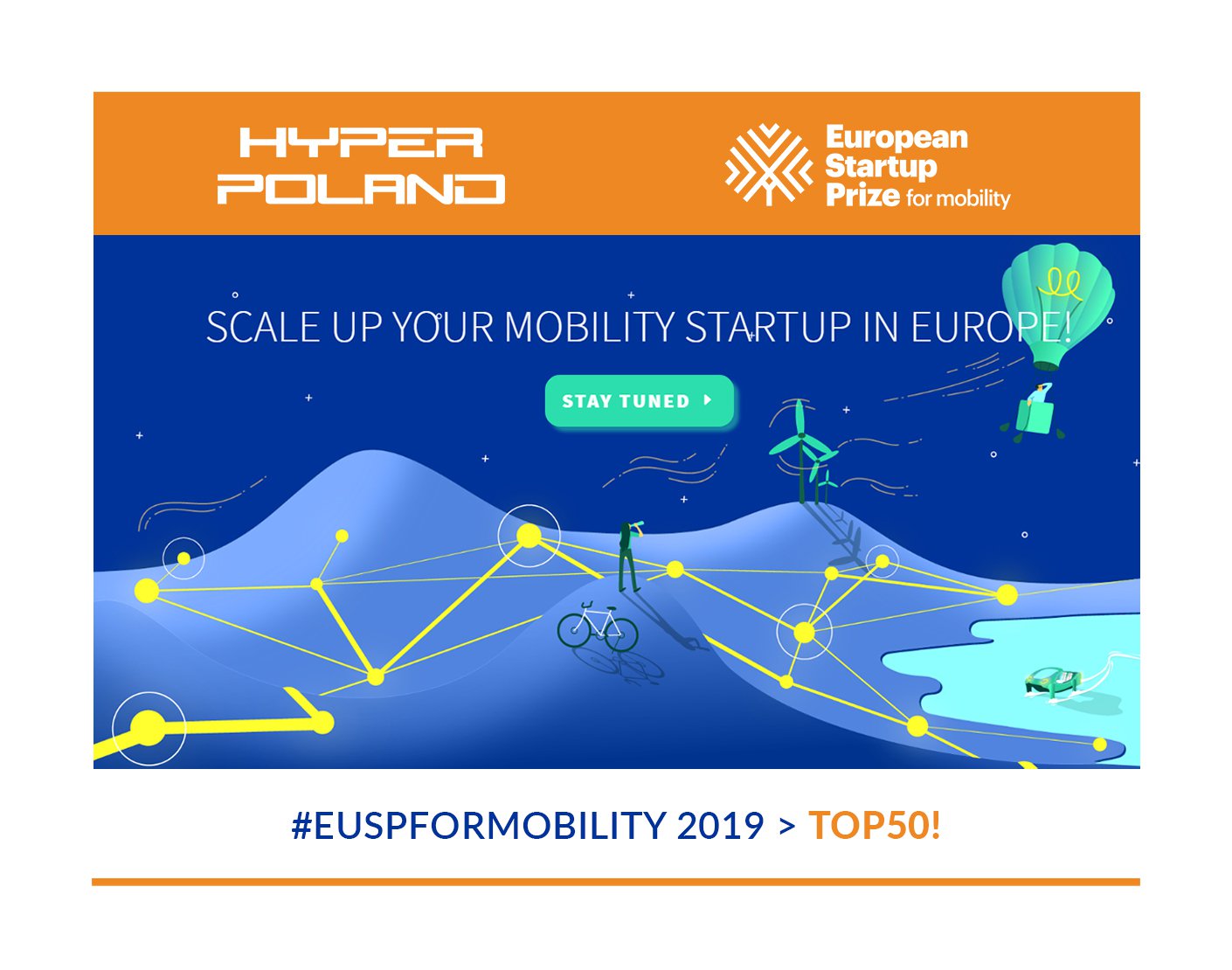