POLISH HYPERLOOP CLOSE TO COOPERATION WITH THE SPANISH RAILWAY

Hyper Poland, a Polish startup developing hyperloop technology, got to the final of the TrenLab competition - the Spanish Railway acceleration program. The Polish company was selected for the final fifteen of 240 innovative projects from companies from around the world.

TrenLab is an initiative created by Renfe, Spanish Railways. Its goal is to shell out the best and most innovative projects related to transport, rail, and telecommunications. From the final 15 projects, Spanish experts will choose the best three companies in Madrid on December 12, which will immediately sign a six-month contract with the Spanish Railways. The prize in the competition is not only money for the further development of the project, but also know-how and technological support from the Spanish Railways.

- This is a significant distinction and confirmation for us that we are going the right way - comments Przemysław Pączek, CEO of Hyper Poland. - The technology developed by us for the three-stage implementation of the hyperloop based on the existing railway infrastructure met in Madrid with considerable interest. Spain is one of the most committed to hyperloop countries in Europe.

In contrast to other companies in the world that work on the technology of hyperloop, or magnetic vacuum rail, Poles do not plan to build a vacuum tunnel from scratch. Hyper Poland engineers have found a way to adapt already existing railway tracks to the needs of the magnetic railway. Thanks to that, in just a few years Polish magnetic trains could start traveling around Polish and European railways at a speed of 300 km / h. Importantly, such a modification does not change the basic function of the railway track and normal trains can still move on it. Only in the second stage of the project, Polish engineers want to cover the tracks with a prefabricated cover and reduce the air pressure inside to virtually zero. Eliminating air resistance would double the speed of movement to 600 km / h.

- On a train moving under normal conditions at a speed of about 160 km / h, air resistance causes a loss of 80% of the energy generated by the engines. Magnetic vacuum train moving four times faster than regular trains, will consume only one-fifth of the energy that conventional rail needs - says Przemysław Pączek. Hyper Poland is a company founded by Polish engineers. Part of the team currently working on the magnetic vacuum rail prototype has already been successful in international competitions for Hyperloop vehicle models. In the first half of 2019, Hyper Poland is planning a test drive of the vehicle model that the team in Warsaw is currently working on. 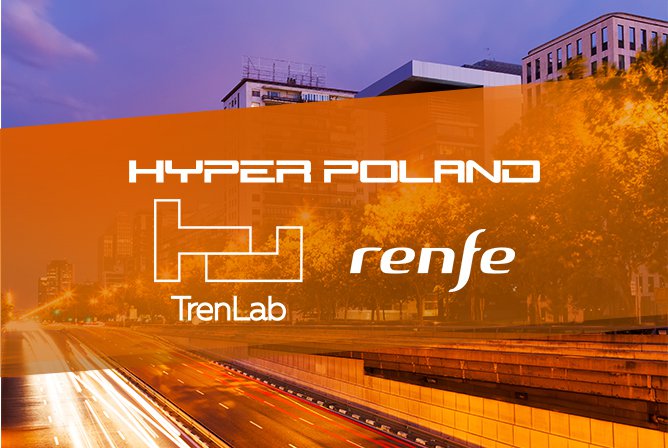